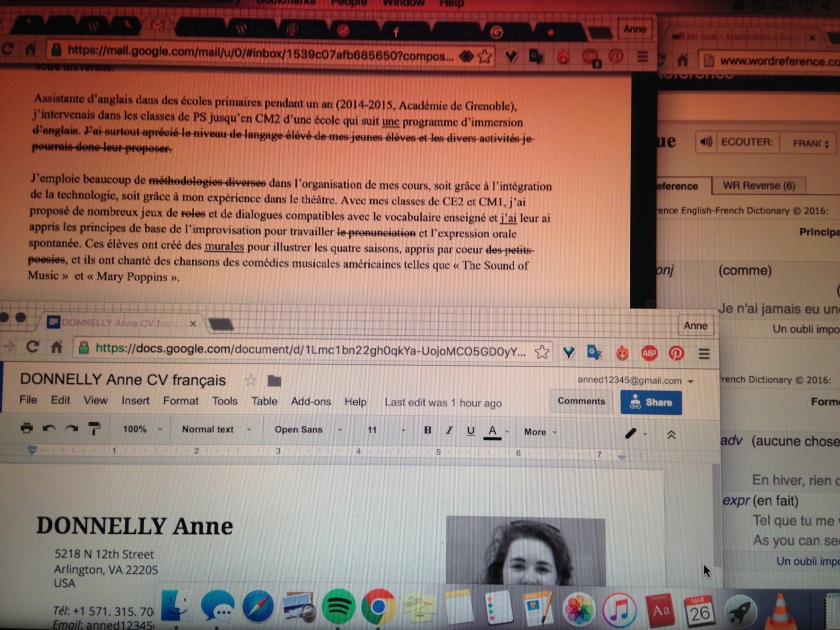 I spent a few hours this afternoon writing responses to my online bookclub, engaging and discussing with other readers.

Then, I edited all that job stuff some more. What’s worse is they’re all in French (except the bookclub!) which makes the process take about 10 times longer. Usually my job application process is pretty streamlined:

So, that’s been several days of my Spring Break this week. It’s a constant game of second guessing, scrutiny, and distraction. I just wrote back to a former colleague who was kind enough to edit the earliest version of my draft and therefore the least polished…the one where half of the dates were accidentally written in English instead of French…  She sent me back a list of corrections and her son’s resume which he’s working on translating into English which made me feel better.

Then I wrote back to my former roommate who I haven’t really stayed in touch with until now, which makes me feel a little shady, but she kindly said she would take a look this weekend. I hope one day I can offer her some kindness in return!