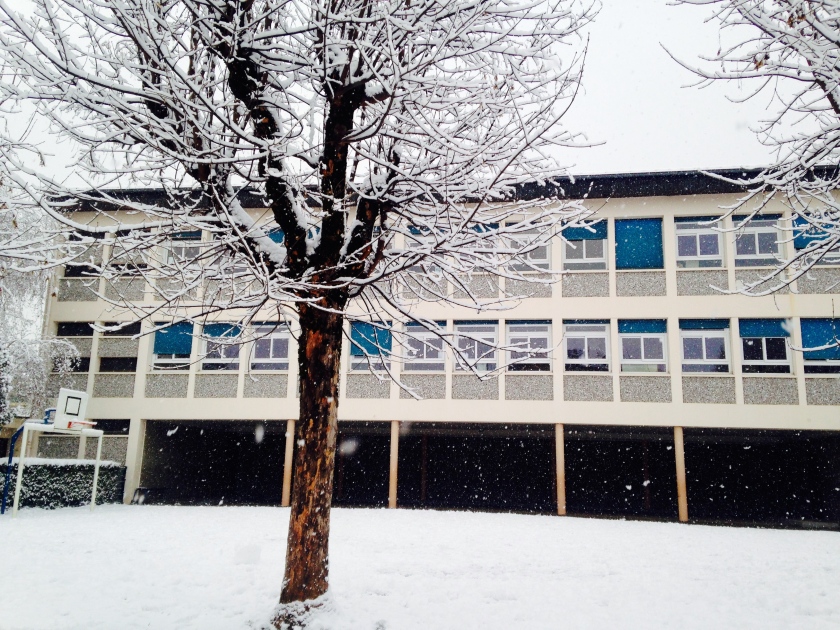 Living in between three giant mountains has its perks…namely the stunning views and the easy access to hundreds of hikes and walks. And, one would think that living in the Alps would mean an endless supply of winter snow!! But this winter, one would be wrong.

At the beginning of the winter sports season, the Savoyards were in a panic because of an unusually un-precipitous December: HOW WILL WE SKI IF THERE IS NO SNOW, they cried. Slowly, we could see the snow approaching on the mountaintops, but never did it make it down to us lowly inhabitants in the valley. For weeks we watched beautiful flakes falling from the sky only to run outside and find it had all immediately melted on contact.

Even though the ski stations by now have more than enough snow, I still felt gipped…So on one particularly snowy day, Julia and I ventured out for a romp in the lightly accumulating fluff.

Our wandering led us to a mysterious looking staircase, which we dutifully climbed, and at the top….a good six inches of accumulation! FINALLY! The snow banks and glistening branches I had been craving. Amazing the difference a few dozen or so meters of elevation can make!

We followed the road and found a beautiful park, complete with waterfalls, sledding children, panoramic views, and eventually our own little bonhomme de neige! 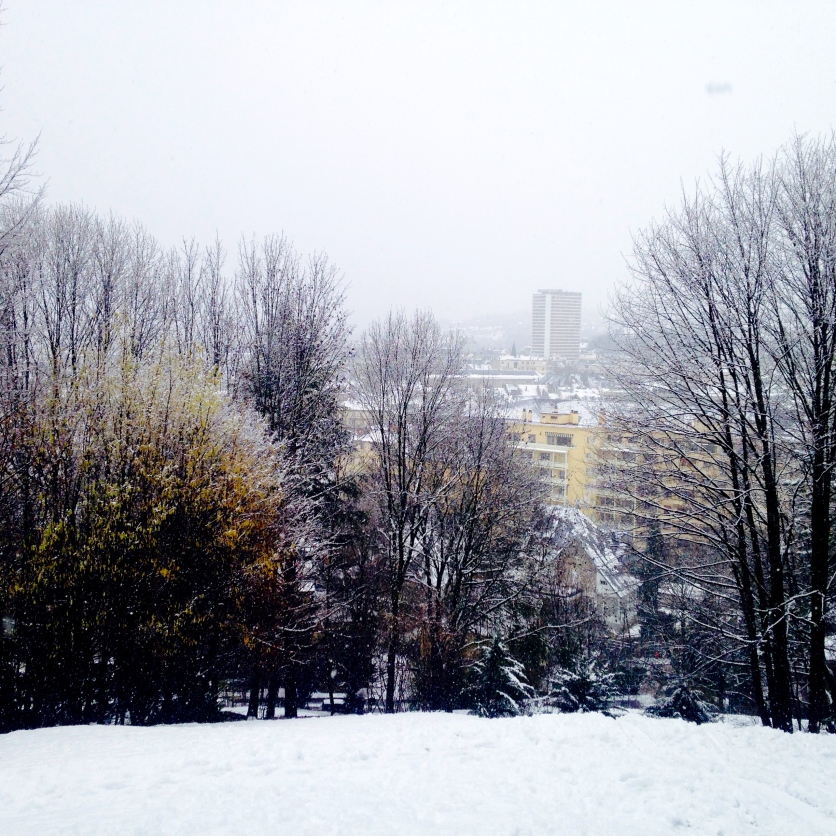 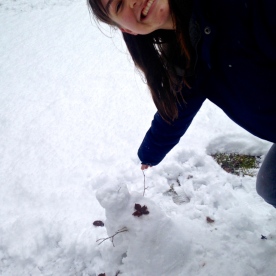 It continued to really snow for the rest of the weekend, but no school closings here. However, I did learn that Monday just how completely and totally committed to recess the French are. Like clockwork, the bell rang and students excitedly filed into the hallway, pulling on coats, snow pants, boots, scarves, gloves, hats….all while the teachers made very clear that there was to be absolutely no horseplay on account of the snow. Later in the day, a teacher even asked me to end my lesson five minutes earlier than usual because it was going to take the kids a long time to get dressed to leave for lunch… 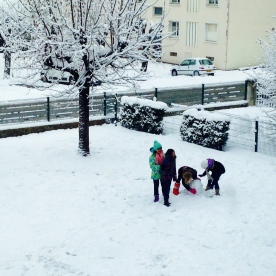 By late that afternoon, the skies cleared and the sun arrived…and the snow melted. Alas.  ❂ 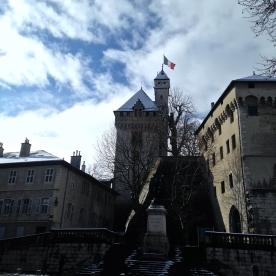 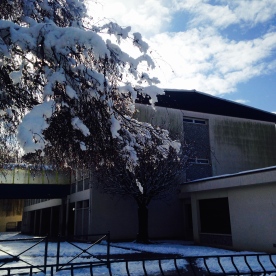