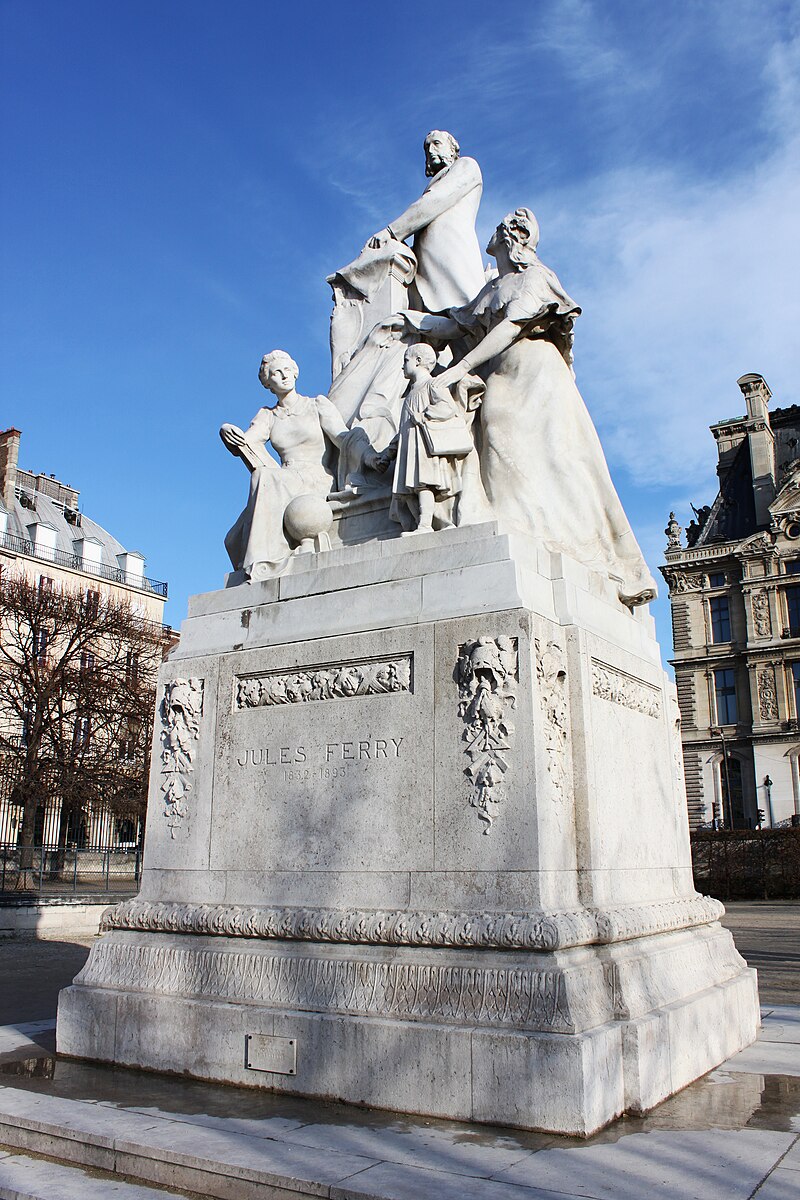 Monument to Jules Ferry in the Tuileries garden in Paris. He is pictured with a young student with his teacher, as well as a Marianne figure.