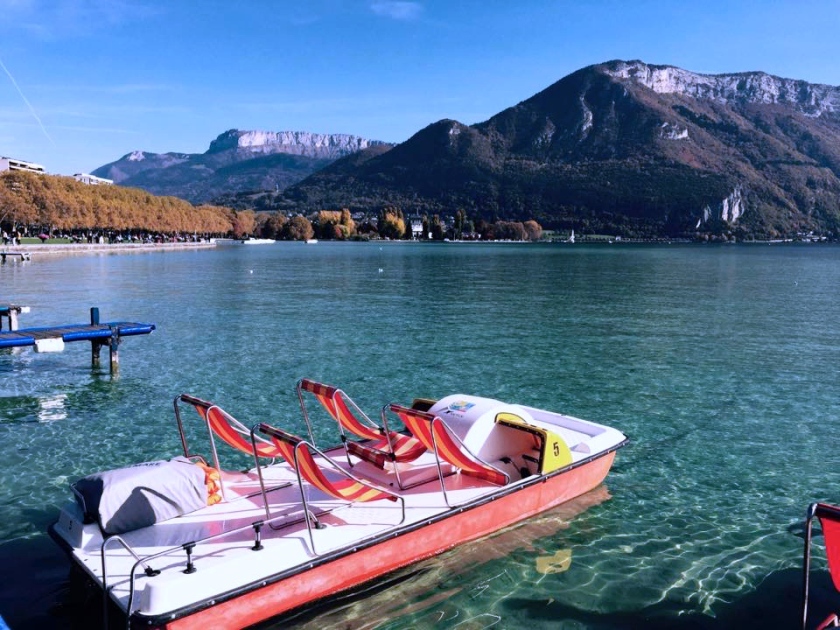 Yes, you read that right. Vacation!!

After working for less than two weeks, we had two weeks off for La Toussaint vacation. In fact, French schools have about two weeks of (paid!!!) vacation for every six weeks of school. Not a bad deal!!

In lieu of lots of long posts about every fun event, which would probably take me another 3 months to write…I’m going to attempt shorter vignettes of the memorable moments, arranged more or less in chronological order, and sprinkled of course with pictures! 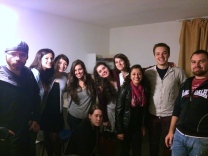 Our attempt to unite all (well, most) of the Chambéry assistants, who have inadvertently been separated into mainly two groups: anglophones and Italians (and others) involved introducing the Italians to the game Mafia ….. which drew a few begrudging chuckles. We ended up changing it to Assassins to be more “politically correct”

Step one: procure alimentary items. Step two: take bus to beautiful lake surrounded by mountains and bathed in what has frequently been described to you (and rather ominously, you might add) as the last sun of the season. Step three: eat said lunch items while laughing over a multi-language book of insults. Step four: fail miserably at volleyball. Step five: Watch bemusedly as a friend makes the decision to go swimming with all her clothes on. Step six: PROFITEZ! 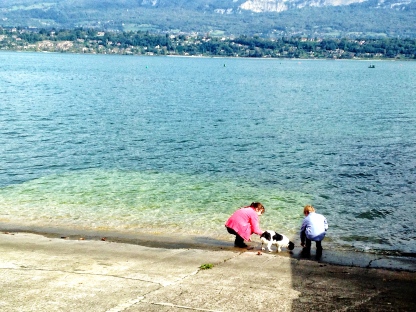 view from my pocket

Christèle, a teacher who works both at my school and Robyn’s invited us both to her house in the mountains to lunch with her and her three children. Every dictionary in the house was brought to the table when I tried to describe that my sister studies “public policy”. We planned the next week’s lessons, went for a walk, met basically everyone in the village, and I took random pocket photos. 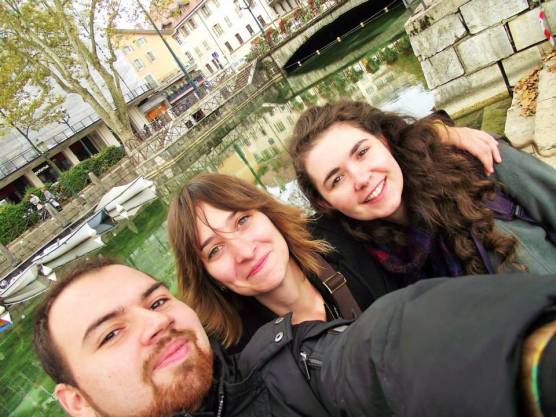 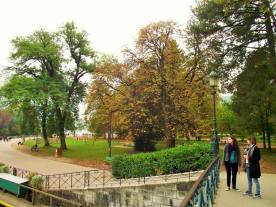 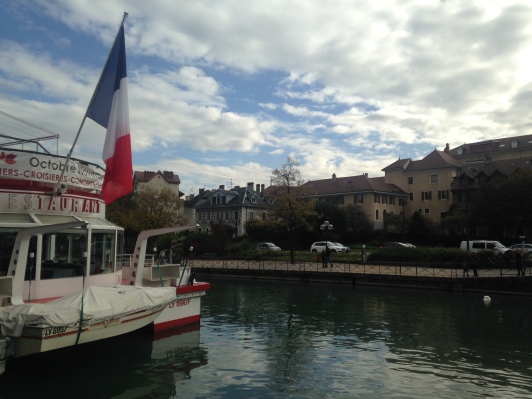 A hastily planned trip to the nearby picture perfect town of Annecy. With most of the gang travelling or returned home for vacation, we had just enough people to fit in Elisabetta’s car! The trip consisted of 1) driving 2) finding somewhere to park 3) finding a grocery store at which to purchase lunch 4) finding somewhere to sit to eat lunch 5) finding the car to drive back home. Though we saw most of the veille ville, canals and the lake in between! Although Annecy is indeed gorgeous, it is MOBBED with tourists. I was content to return home to Chambéry. 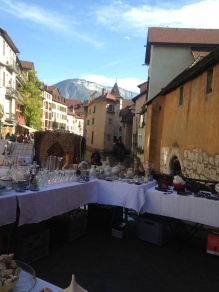 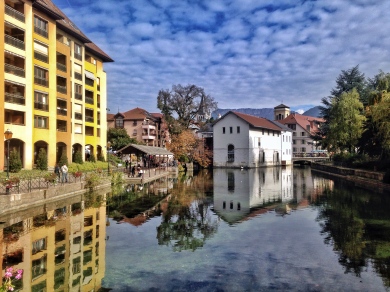 It’s not that I’m unfit, it’s that my definition of adequate exercise is walking 20 minutes to class multiple times a day. On the flat and paved sidewalk. The beautiful views made up for the day of sore legs afterwards though. 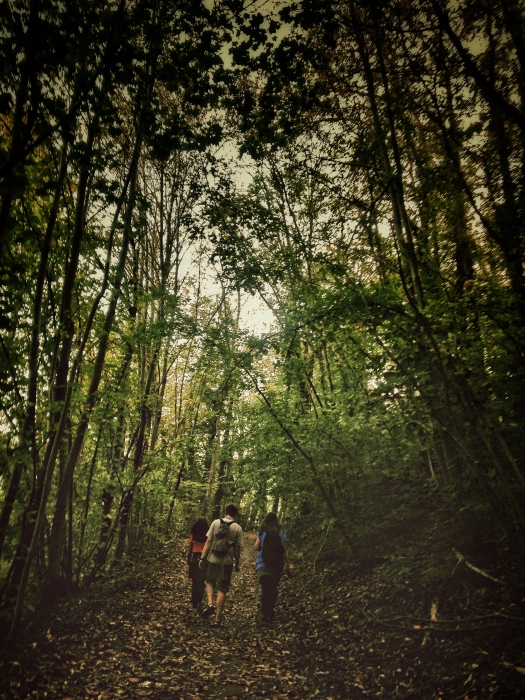 Borrowed from Christèle, this was surprisingly not a disaster! Though we did have to eliminate the limit on the number of cards you can skip per turn. Because every other card was, “No clue what that means…”

THE OTHER CITY OF LIGHTS – LYON 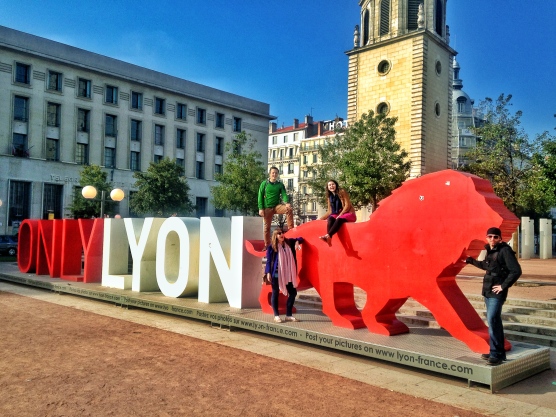 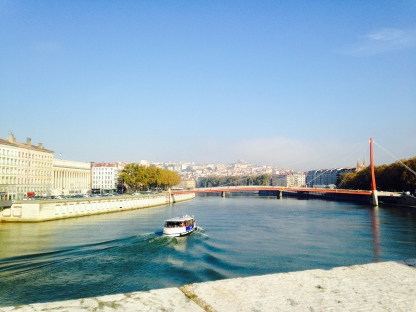 Travelling this time by train, we spent the day in Lyon, France’s third largest city. It was refreshing to be in a proper city again! And Lyon felt very unique, full of history — really, really ANCIENT history. In typical French fashion, there are ancient ruins simply strewn all over. Plus, who doesn’t love a city on a river. Chambéry needs a river. It was like Paris, but felt distinctly alpine. We explored the cathedrals, climbed the ruins, got free entry into the gallo-roman history museum, searched for the popular traboules, or covered passages, ate delicious Lyonnaise dishes, missed our train by 3 minutes, waited an hour for the next one, and started planning our return trip for the fabled Fête des Lumières! 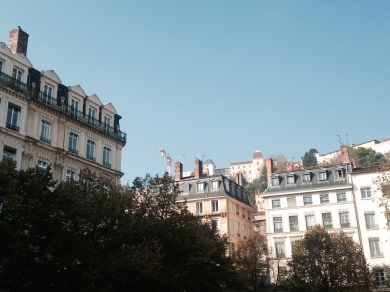 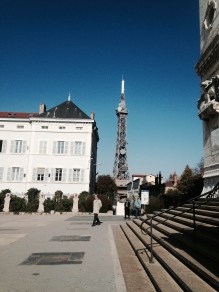 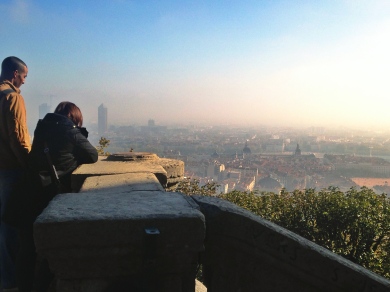 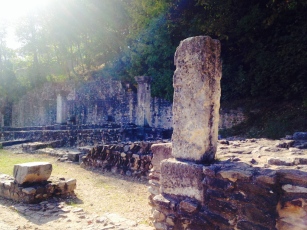 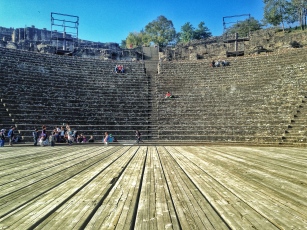 One beautiful day in Lyon 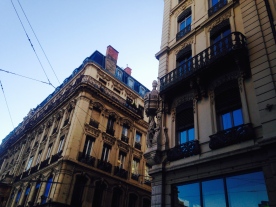 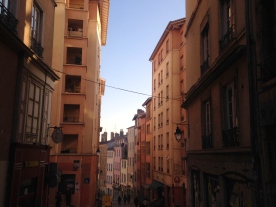 Most confusing lunch of my life. (Significant others were visiting, so we no longer all had French as a common language) 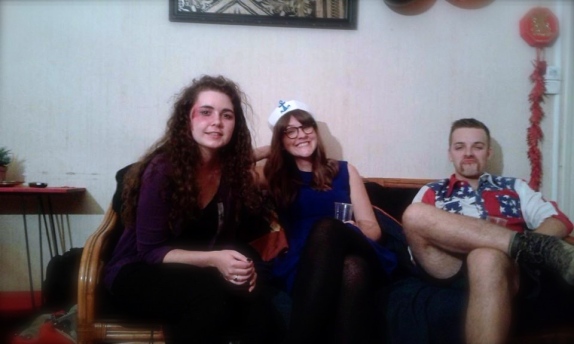 Because, why not! This time we ventured onto the lake, via paddle boat!  ✽