“Looking back on 2014” seems like a weird thing. My mental concept of a year has never divvied up quite so easily. If I think only about 2014, that leaves out a whole half of my 4th year in college, for one thing. I’m much more comfortable defining the arbitrary beginnings and endings by semesters, academic years, plays I’m involved in…

But, yesterday (if we’re being honest, it’s probably two days ago by the time I actually finish this post) was my 23rd birthday, and I thought, Hey! That’s actually kind of a logical division to make: Let’s take a look back on the year I was 22.

January 20, 2014: 22nd Birthday spent with dear friends. I seem to remember they attempted some sort of surprise at Adam’s apartment that was not all too successful 🙂 At some point in January, I guess I also submitted my TAPIF application!

Moving on to February, it snowed and snowed and snowed and snowed. We had so many Monday classes cancelled, notable only because I had one class that only met on Mondays. By the end of the month, we opened Museum in the Drama Department. I was a last minute understudy for a girl who had to unexpectedly leave the production. I had about 1.5 weeks of rehearsal, 7 minutes of stage time, plus I had already been contracted to be the sound board op, so I spent the rest of the show in the booth running the sound cues. We lived through possibly the most disastrous opening night in UVa history which included the entire sound system malfunctioning 10 minutes into the show. But that’s live theatre, folks! Our brilliant stage manager covered so flawlessly that even the director barely noticed that something was off.

In March, I wrapped up the Downtown Theatre Project, a program I taught in with the local community theatre. Me and one other teacher taught weekly theatre classes in an afterschool program for at-risk elementary school children. After two semesters of classes, we had played tons of games and written our own play about super heroes which we performed for the whole program. I am still so proud of what those girls created! By this month, rehearsals were also WELL underway for BARD Fest, the insane Shakespeare festival that basically swallowed every ounce of my free time for the entire semester…

April started with a real bang: I received my TAPIF acceptance on the 1st, a cruel joke. The rest of the month was spent in meetings and rehearsals and finally two brilliant performances for BARD Fest. I conceived and produced this festival to celebrate Shakespeare’s 450th birthday. We cut down four comedies to 15 pages each and performed them all with a cast of about 18 in different locations all over UVa. It was the most exhausting, challenging and exhilarating thing I’ve ever been involved in. 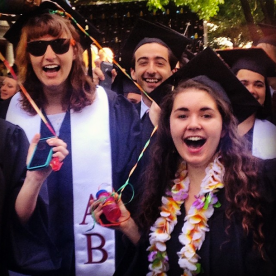 My very last undergraduate coursework ended in May. We performed our Senior Seminar projects: two Shakespeare mash-ups (he was a common theme that semester). Then, I spent a week with some of my very best friends helping to make a movie that my friend wrote and directed. And then…I GRADUATED! A very happy day, although I still miss good ol’ UVa and especially the Drama Department.

In June, I took a weeks vacation in San Juan, Puerto Rico with my sister which was just the relaxing atmosphere we both needed. Then I started work at Theatre Lab, which is where I spent most of July and August as well. It was a tough summer for a couple different reasons, but I was so fortunate to finish camp assistant directing Honk! Jr, with a lovely and hardworking group of kids and a kickass directing team! I saw the IMPECCABLE Audra McDonald in Lady Day and cried. Me and my sister road tripped to Chicago (my first time there!) to help her move into her new apartment. I got my visa from the DC embassy in a surprisingly uncomplicated turn of events. 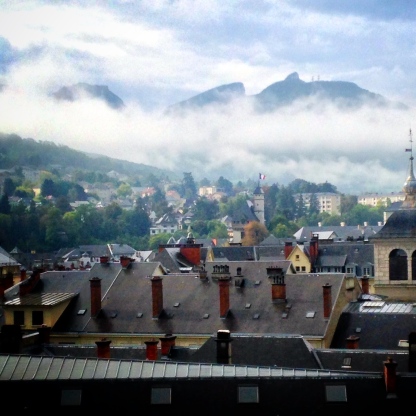 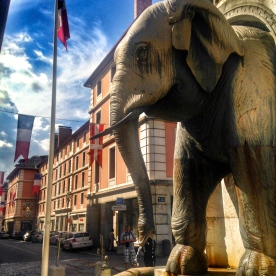 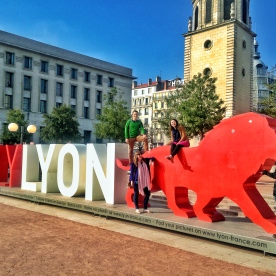 And in September, I went off to France! Wow. A few days in Paris, moving into Chambery and thinking I was gonna be homeless for forever after two weeks of unsuccessful searching. But things have a way of working out and by October, I was all settled in and started to really get to know the other assistants here. We travelled to Annecy (twice!) Lyon and Grenoble. 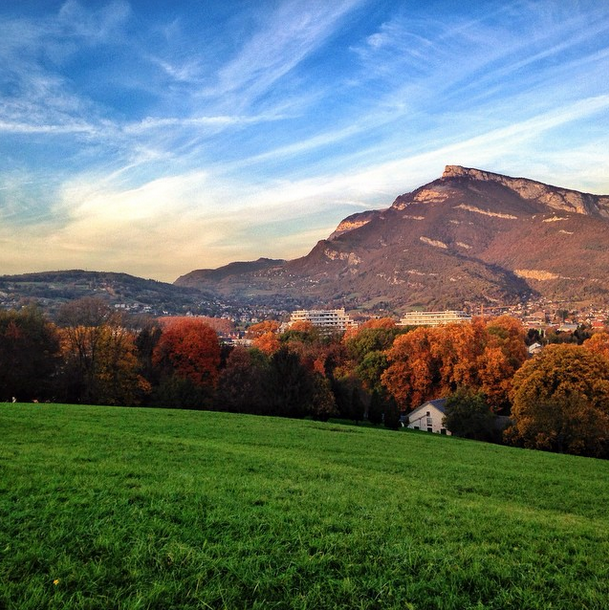 In November, we explored Chambery, visiting Jean Jacques Rousseau’s house with it’s incredible views of the mountains and the town below. I figured out how to vote absentee from overseas! We went back to Grenoble and I went to ITALY (Torino) for the first time. And of course we celebrated Thanksgiving à l’étranger.

December brought the Fête des Lumières, Hannah into my apartment, and a trip to Montpellier. We went to midnight mass in St Marco Cathedral in Venice and rang in 2015 at Punta dell Dogana. We spent a few hours in Fair Verona on the way back to France, and the very next day I was off to Geneva. Since then, January has been a month of national crisis, but personal fulfillment.

Which brings us to January 20, 2015. I rarely have felt so incredibly lucky. Birthdays have a way of showing you just how many people in your life care for you. In the morning, my classes surprised me with cards, and we got to spend an hour playing a surprisingly successful game of Apples to Apples. That evening, I was surprised by my friends and roommates who all came over with cake and we spent such a lovely evening chatting and just enjoying each others’ company. If I’ve learned anything in the time it took me to write this post, it’s that a lot happens in one year! But judging by the few hours it’s been, I can already tell 23 is going to be just fine!  ✽