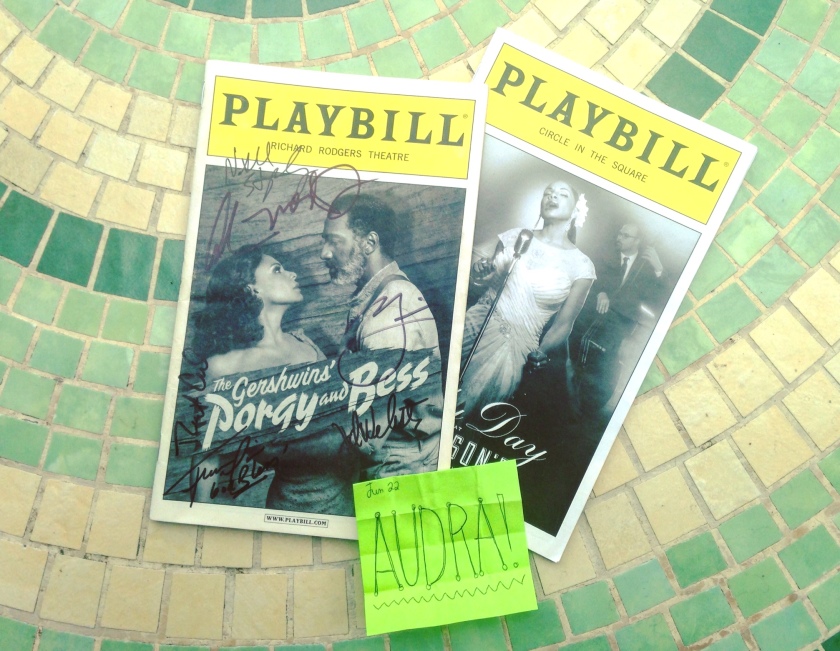 This morning, a comment from yesterday’s post reminded me of one of my favorite songs from the Gershwin opera Porgy and Bess. So naturally, I turned on the soundtrack and played it on repeat for most of the morning.

Then, I started sifting through some of my post-it notes for an idea of what to write about today and found: 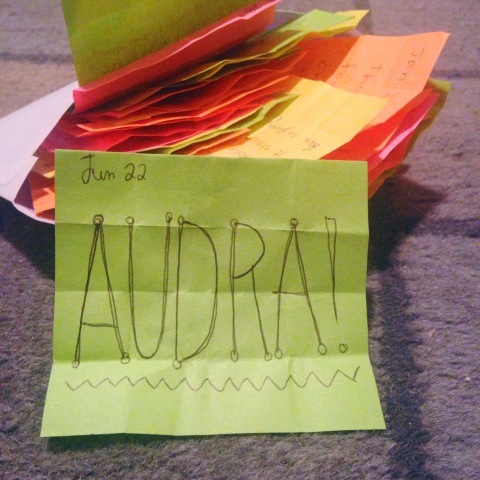 It’s referring to a concert I went to at Wolf Trap National Park for the Performing Arts to see possibly my  favorite performer of all time Audra McDonald. Some of you might know her from the TV show Private Practice, the 1999 movie version of Annie (she played Grace, Mr. Warbucks’s assistant), or Mother Abbess from the NBC Sound of Music Live! program a few years ago. She also regularly sings Yahoo! Answers with Jimmy Fallon on The Tonight Show! But I am much more familiar with her Broadway credits as Sarah from Ragtime, Lizzie from 110 in the Shade, and Bess from the recent revival of Porgy and Bess. 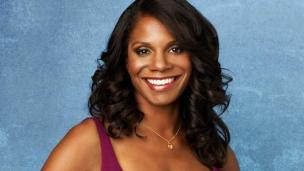 Simply put, she is an astounding person and basically my idol. She has won every Tony Award she’s ever been nominated for, except for two. In fact, she currently holds the most Tonys for any performer (six) and is the only person in the world to win in all four acting categories. I have had the great pleasure and honor of seeing her perform three times including the Wolf Trap concert. Her strong, versatile soprano and serious acting chops are always incredibly moving, and her offstage activism and humility inspiring. Even when she was basically a shoe-in to win her sixth Tony for performing as Billie Holiday, she was shocked, humbled, and honored to win, her acceptance speech moving everyone (me too!) to tears.

And speaking of tears, there were A LOT of them on the evening I went to see her in Porgy and Bess…for the obvious reasons of course; the musical about a poor black crippled man’s love for a drug-addicted and abused woman is extremely emotional. The music is filled with incredible spirituals and folk music that pull at the heartstrings.

But I want to let you all in on a little secret, something I haven’t told many people. There was another reason for my copious tears that night, and I think it’s time I finally come clean about it.

I was spending the weekend in New York to visit friends and see the show. That morning I had waited in line to get my cheap rush ticket and now had a beautiful, chilly afternoon to enjoy the city. The sun went down as I walked through Columbus Circle. The air became very cold very quickly. I looked at my watch: 7:00. Still another hour before the 8:00 showtime. I walked into a Starbucks a few blocks away from the theatre to get something to warm me up. I called my mom. 7:40.

I don’t really like being more than 10 minutes early to the theatre. I prefer to arrive right on time, get settled, and then immediately start the performance without the awkwardness of waiting in your seat rifling through the program. But, since I had finished my tea and it was too cold to wander through the neighborhood, I broke my usual policy and decided to head over to the theatre early.

When I got there the lobby was dark, four or five ushers lounging in chairs. I must be earlier than I thought. As the usher led me up the stairs to my seat, I heard singing. That’s odd. Could they be doing some sort of pre-show mic check?

Besides the fact that I had just missed a solid half hour of the show, I was also disrespecting some of my favorite performers of all time! I sank into a seat in the back row as tears of shock and embarrassment rolled down my face. At least there was a funeral taking place on stage to give me plausible deniability…

I cried for basically the rest of the show. During Act I because I was still trying to overcome my intense self-inflicted humiliation, and during Act II as I started to settle into the tragedy unfolding onstage.

At the end of the show, I waited with a few other fans to greet the actors. I hugged my idol Audra McDonald and told the inimitable Norm Lewis (who played Porgy) that every time he opened his mouth I started to cry. The man standing next to me turned and said, “Ohhhh that was you??”

Now I ALWAYS triple check my tickets for the show times, and I carry an emergency stash of tissues, especially if Audra is going to be onstage. ❂