To all those who were worried that I may have been in a tragic plane accident en route to France….relax, take a deep breath, I AM HERE! Sorry to have kept you all in suspense for so long. As you can imagine, making an international move like this has been extremely time-consuming and stressful, so I haven’t gotten a chance to write about it! But I did had time to make a list of topics I should write about, so get ready for a flurry of posts about my first two weeks en France!

Last glimpse of the US!

I arrived in Paris early in the morning on the 16th and made my way to the hostel in the 15th. It actually was really close to a neighborhood I was pretty familiar with from last summer, and I guess it was that familiarity which told me it would be a great idea to take all 948,592,049 lbs of my luggage with me on the metro. Luckily, some very kind souls helped me up and down the many many stairs, but I still thought my arm would fall off by the time I arrived.

In a hopeless effort to beat jet lag, I set out after dropping off my luggage to take a walk, find lunch, and enjoy my return to Paris! I took a long walk along the Seine, visited some favorite places, and took a sandwich to the Champs de Mars, my personal favorite picnic location, for some good old-fashioned people watching. I made it until 4 or 5 pm before giving up and going back to the hostel to sleep… 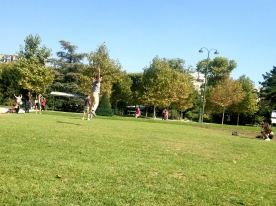 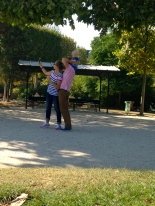 The next day, I was up early and decided to go tour something I never got to see the first time around: the Paris Catacombs. Located 20 meters below ground level (roughly equivalent to 5 stories), the catacombs hold the remains of six to seven million people. A former limestone quarry, these underground tunnels were transformed into graves in 1786 for sanitary reasons; the largest cemeteries in Paris were overflowing! So, the millions of remains were transferred below ground over the next 70 or so years. 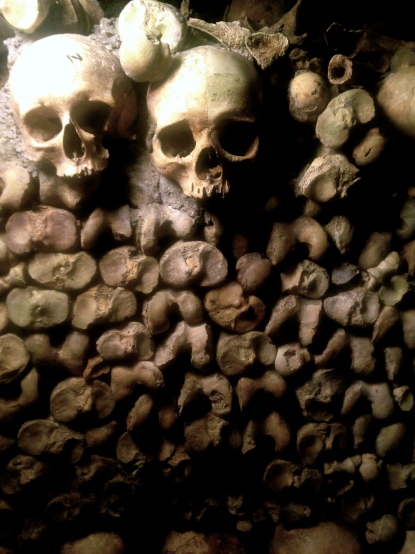 If you too want to live the bizarre experience that is walking through 2 kilometers of bone walls, then I advise you to arrive as early as possible at the entry near the Denfert-Rochereau metro stop. I got there about an hour before it opens, and there were already some 40 people lined up ahead of me. By the time the doors opened at 10am, the line was wrapped all the way around the street. Once the doors open, they let in about 100 people at a time, so unless you want to be standing in line all day long do yourself a favor and arrive early!

Apparently this was the day for death and burial, because I also visited the Pantheon, originally a church and now a mausoleum dedicated to distinguished French men and women. In both the catacombs and the Pantheon I noticed myself and others taking photos, and I started wondering why…I read a wonderful book by a brilliant theatre director Anne Bogart in which she postulates that the current tendency to document everything is a way of distancing ourselves from actually experiencing something, especially something as difficult to process as a 2km walk through stacks of human bones. It’s the same impulse that leads to us taking selfies with Van Gogh’s Starry Night or the Mona Lisa. While perhaps snapping a photo to make our friends jealous (or for whatever reason), are we instead failing to actually engage fully with what’s in front of us? When we see things through a screen or a lens, do we forget that we’re not just composing a pretty picture, but also living in the room with the subjects. 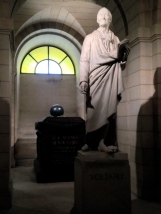 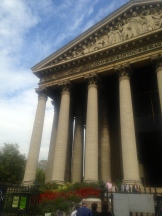 This obviously didn’t – and probably won’t – stop me from taking photographs, but it has made me reflect a lot on what I am documenting and why. What do you think?